4-story construction research at the National Technical University of Athens, about the masonry of “

A four-story building constructed utilizing the “

– Prefabricated Houses” company construction system was studied from a scientific team which consisted of:

in order to extend the action of prefabricated wooden buildings of

company, to multi-story constructions and give further knowledge to the company to improve its competitiveness in the construction industry.

The technical report of the NTUA scientists, among others, says: 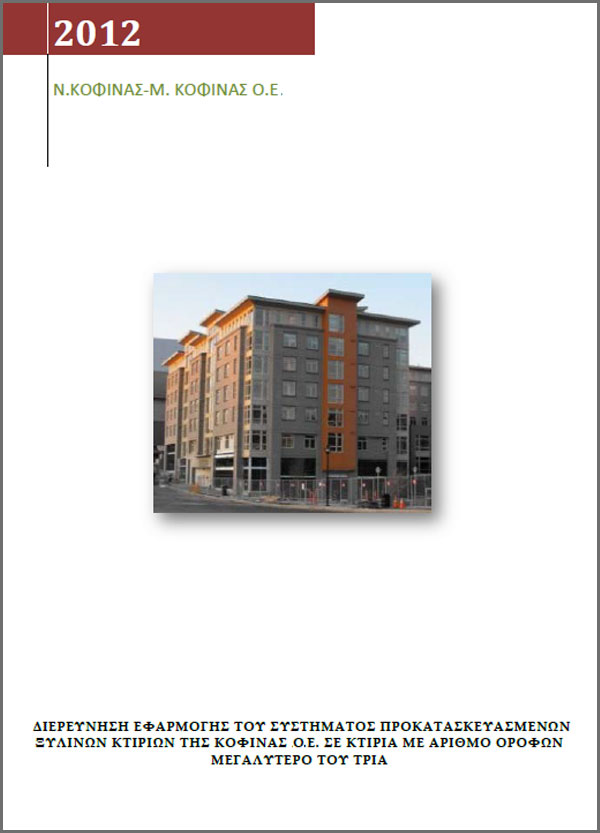 company is expected to use the study results, for a modern, highly competitive manufacturing.

The final product is expected to be a positive step towards meeting the green design philosophy. The cost of the resulting construction will be highly competitive, affordable and attractive for society, with obvious economic and environmental advantages. Moreover, the proposed construction will help reduce the misperceptions about the wooden prefabricated houses and, since the current market is limited, can lead to an expansion, offering new jobs and increasing competition, for the benefit of the consumer.

This proposal aims to become the first holistic research in Greece, which will study the wooden prefabricated buildings, taking into account the local environmental conditions and the seismic actions.

The results obtained will provide the

company all the necessary knowledge and corresponding tools to work further…

company invests in the development of prefabricated buildings by providing its expertise to students of educational institutions for further analysis and research. These studies provide us new technological orientations while helping new generations of engineers to further involve with the prefabrication sector of Greece. 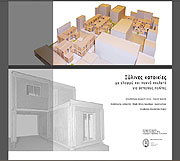 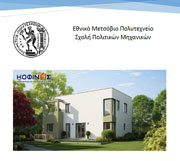 The company kofinas sponsored and provided its expertise for the engeneering contest “BEST Athens” where it took place at the National Technical University of Athens and organized for the third continous time by the local level of the larger engineering competition in Europe, the European BEST Engineering Competition.

The idea of the company was the implementation of a folding retractable-house from the competing construction teams (Team Design). 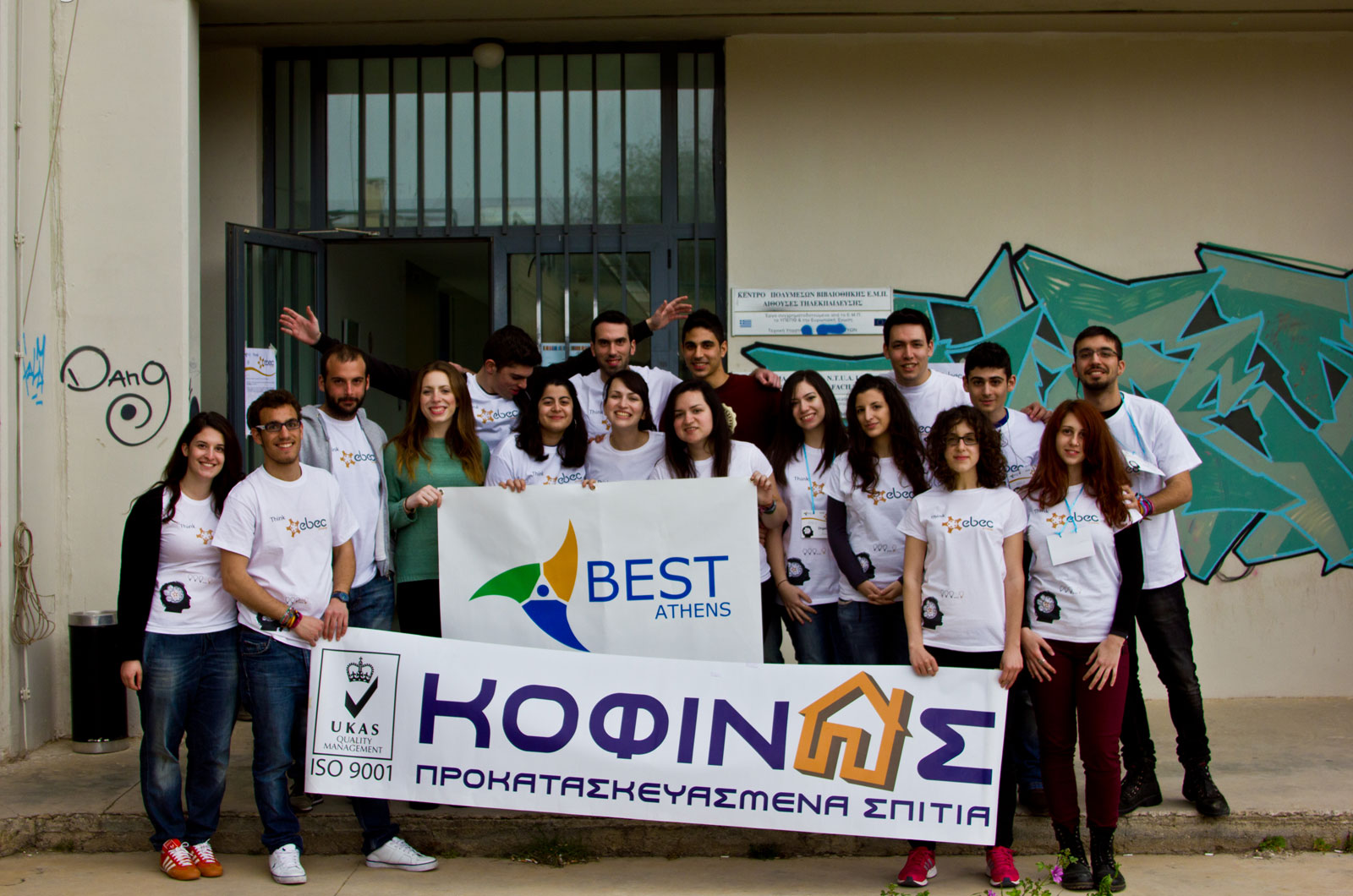 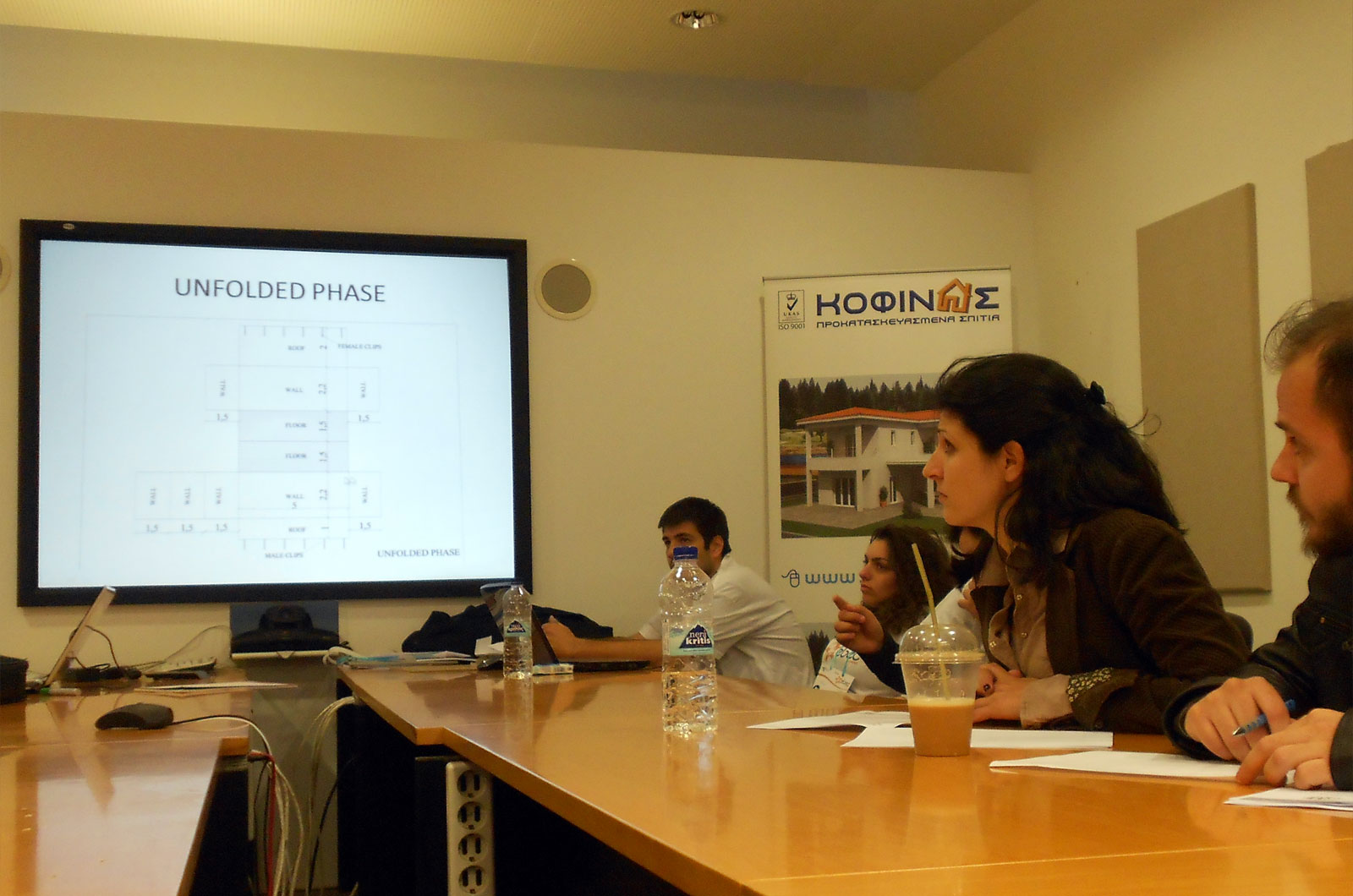 The lecture was held and presented at N.T.U.A. by Diamanti Elena and Kofina Eugenia, students from the architecture school of N.T.U.A.

Below you can find the NTUA Technical Report, where the conditions of the 2009 experiment are described in detail and all the measurements are included. 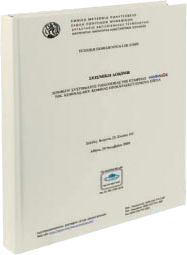 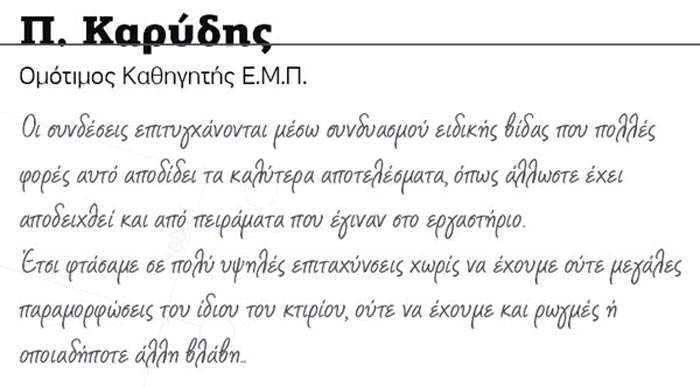 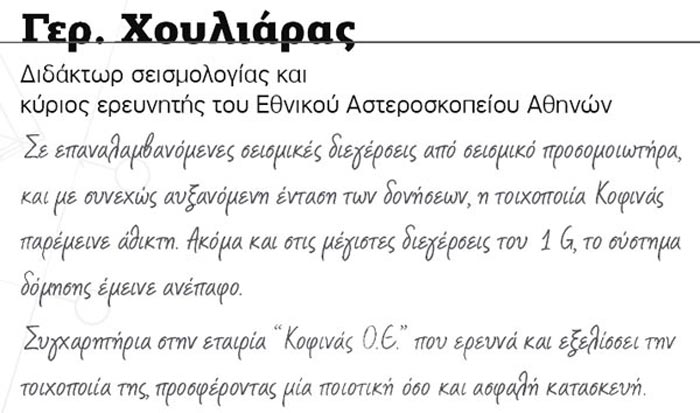 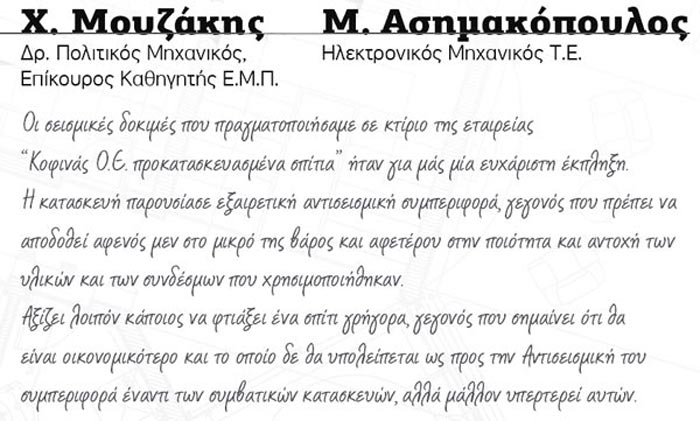 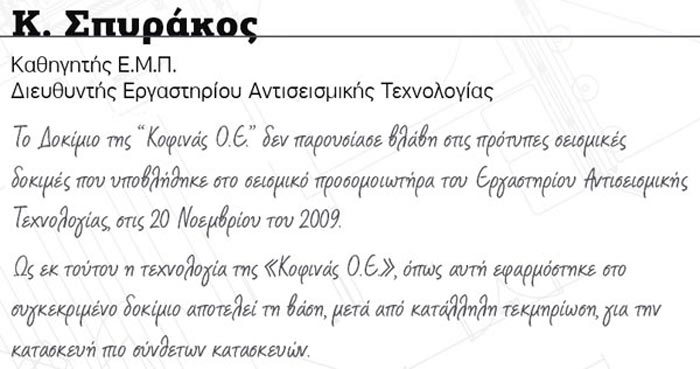