The philosophy of the Wooden House 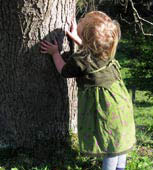 Wood is the best natural sound and heat insulating material (9 times better than concrete). The natural cells that make it up create great possibilities for maintaining a constant temperature. Thus, houses with wooden walls do not absorb heat, so heat losses are minimized.

Wood acts as coal storage. An average wooden house contains about 30-40m³ of wood which stores 32 tons of carbon dioxide CO2 from the environment.

It is one natural and renewable energy source and could significantly reduce greenhouse gas emissions if used instead of concrete, plastic and steel. By replacing one cubic meter of concrete with the same amount of wood, the carbon dioxide released into the atmosphere during their processing can be reduced by approximately one ton.

Besides with the necessary maintenance, one wooden Finnish house he's got unlimited lifetime, while at the same time a built one has a lifespan of 80 years at best. If we take into account that throughout the production of wood products less energy consumption is required than any other building material, we understand that turning to a wood house is shift to an ecological lifestyle.

In addition, the cooperating Finnish factory of the "Kofinas" company, for every tree it cuts, plants 3 new seedlings, ensuring the balance of the environment.

Taking into account the modern way in which the house is built with tree trunks, which does not limit its design and area, as well as the fact that the mechanical properties of wood combined with the "wood-wood" construction make the Finnish house completely earthquake-proof, we understand why someone to choose a Finnish house KOFINAS ! 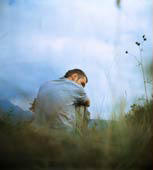 Wood is one natural, living material, no toxic substances. By choosing it as the basic building material of your Finnish home from the Kofinas company, you are choosing the most healthy lifestyle.

Wood acts as a natural and biological regulator of the temperature and relative humidity of the air inside the building. This has the effect of creating comfortable conditions inside the wooden building that are hardly affected by the weather prevailing in the external environment.

Our proven wood relaxes, us he rests and has bioenergetic effect in the human organism. In addition, the Finnish house does not accumulate electrostatic energy and therefore prevents the accumulation of dust, which is a major allergenic factor for humans and by maintaining a favorable air humidity level inside the house, it contributes to disease prevention of the respiratory system.

Sta Finnish wooden houses, the fire risk is no greater than a conventional house. In Laboratory tests carried out in Finland (Technical Research Center of Finland – VTT) and in Europe, by public and private bodies, it has been shown that this wood cannot ignite easily because it is poor heat conductor and its characteristics make it so slow-burning.

The wooden houses manufactured by the Kofinas company have an advantage over a reinforced concrete building.

The concrete building due to the temperature that develops in the event of a fire, it suffers irreparable damages in its structure, since its armament is destroyed. This destruction starts as early as 250 °C, while at 400 °C the strength is already reduced by half. Due to the thermal conductivity of the construction, these high temperatures are directly transferred to all areas of the house, which, combined with the toxic fumes produced, endangers the residents and makes it difficult for them to escape.

On the contrary, a wooden house it takes no general damage but only local. The flame is created at 270 °C and starts on its outer surface, creating a layer of carbon, which up to 500 °C protects the rest of the wood. The parts of the house that are damaged by the fire, we either clean them or replace them, and the static adequacy of the building is the same as it was before the fire. In addition, it is a very poor conductor of heat and thus does not endanger the other areas of the house, allowing the inhabitants to escape easily. Also, no dangerous gases are produced during its combustion.