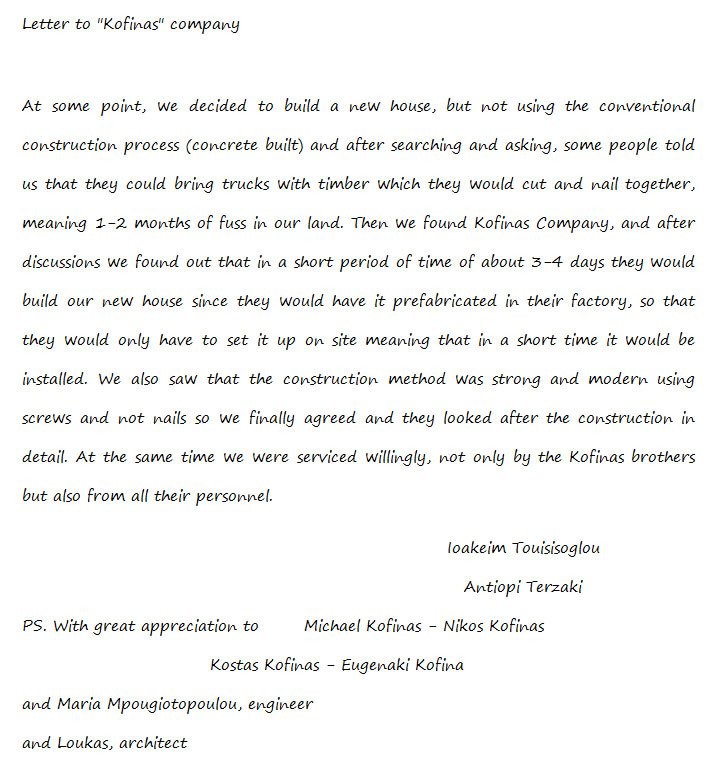 At some point, we decided to build a new house, but not using the conventional construction process (concrete built) and after searching and asking, some people told us that they could bring trucks with timber which they would cut and nail together, meaning 1 – 2 months of fuss in our land.

Then we found Kofinas Company, and after discussions we found out that in a short period of time of about 3-4 days they would build our new house since they would have it prefabricated in their factory, so that they would only have to set it up on site meaning that in a short time it would be installed.

We also saw that the construction method was strong and modern using screws and not nails so we finally agreed and they looked after the construction in detail. At the same time we were serviced willingly, not only by the Kofinas brothers but also from all their personnel.

Previous: Our new house in Oropos
All the testimonials
Next: Irene Konsta