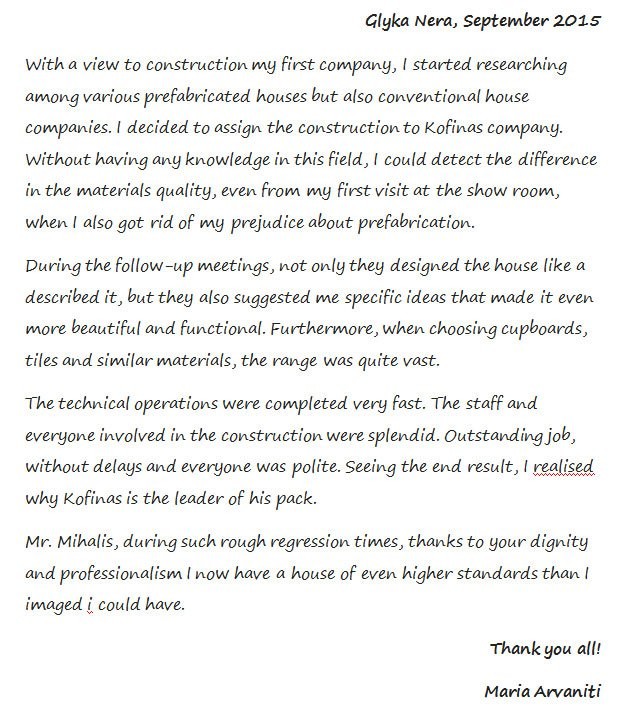 With a view to construction my first company, I started researching among various prefabricated houses but also conventional house companies. I decided to assign the construction to Kofinas Company.

Without having any knowledge in this field, I could detect the difference in the materials quality, even from my first visit at the show room, when I also got rid of my prejudice about prefabrication.

During the follow-up meetings, not only they designed the house like a described it, but they also suggested me specific ideas that made it even more beautiful and functional. Furthermore, when choosing cupboards, tiles and similar materials, the range was quite vast.

The technical operations were completed very fast. The staff and everyone involved in the construction were splendid. Outstanding job, without delays and everyone was polite. Seeing the end result, I realized why Kofinas is the leader of his pack.

Mr. Michalis, during such rough regression times, thanks to your dignity and professionalism I now have a house of even higher standards than I imaged I could have.

Previous: Christos and Mairi Koima Family
All the testimonials
Next: Kostas Tsanis Family